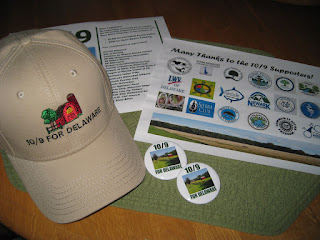 Senator Towsend (and Rep Ed Osienski) are equally at fault for the loss of the Orphanage Property. Unlike other States, most of Delaware does not have local jurisdiction (charter), like a city, township or borough. Nor do we have the ability to draft and put up referendums on the ballot, i.e. open space funding via a minuscule sin tax as commonly seen in most other States. Save the Orphanage Property (STOP) Advocates poured their hearts and souls into 10-9 funding ($10M for farmland, $9M for open space preservation) and Open Space as a Democrat Party Plank, and both were soundly defeated.

Therefore, because of the lack of charters in most suburban areas of Delaware, our County and State Legislators are given a significantly elevated responsibility to act in the people's best interests, throughout the districts they serve. NOT, according to Townsend and his minion in the House -- Rep Edward Osienski. Both failed (and go on failing) their Ogleotwn-S. Newark constituents on issues of environment and quality of life.

Advocates knew from very early on that New Castle Councilwoman Lisa Diller was completely useless; a colossal failure who did virtually nothing for STOP. Exec Meyer arrived late on the scene with his election in 2016, and with no State Legislator oversight, simply threw away this one time-ever opportunity. But along with Diller, both Osienski and Townsend knew way back in 2013 that the property was under the threat of development, and did not act in the manner one would expect if you're trying to save it.

View Senator Townsend's position on the the State's Bond Bill Committee HERE. For 2017, Delaware ended up with an $87M budget surplus. Citing "budgetary constraints" instead, he faked leveraging $1.25M for what is easily the most disenfranchised region of his own District 11 -- Ogletown-S.Newark.  And he did this while consumed by his failed primary campaign (at 34 years of age) against Lisa Blunt Rochester for U.S. Congress.
Posted by Frank Warnock at 10:52 AM