The Biggest Legacy of Townsend and his "Democratic" Cohorts?

It is one thing that Govt leaders like Delaware's Senator Bryan Townsend, Rep Ed Osienski, and their minions on New Castle County Council criminally deny place-making and local park access to entire regions of the State. It's another thing that they routinely ignore citizens socio-economic needs based on class -- across vast swaths of their constituencies -- while lavishing favor on others of higher status. But their biggest "legacy" of all may just be the current state of affairs with COVID-19: Our grossly degraded ecology, climate change, the mass die-off of species, and the catastrophic loss of natural lands and biodiversity that is surely connected to the Coronavirus pandemic situation we are now facing. This is from Ensia, on March 17. Excerpts: 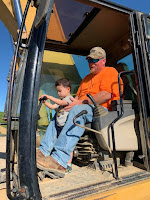 Only a decade or two ago it was widely thought that tropical forests and intact natural environments teeming with exotic wildlife threatened humans by harboring the viruses and pathogens that lead to new diseases in humans like Ebola, HIV and dengue.

But a number of researchers today think that it is actually humanity’s destruction of biodiversity that creates the conditions for new viruses and diseases like COVID-19, the viral disease that emerged in China in December 2019, to arise — with profound health and economic impacts in rich and poor countries alike. In fact, a new discipline, planetary health, is emerging that focuses on the increasingly visible connections among the well-being of humans, other living things and entire ecosystems. [Read the full article . . . ] 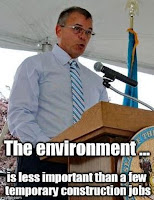 We have to wonder what Mr Townsend -- a new father of one with more on the way -- will tell his own children, and future generations, when the record points to his deliberate participation in our socio and environmental demise. How will he explain his prioritization of developer interests over naturehood; of failing to protect local and regional open space and land conservation efforts, and opening up Delaware's coastal zone to heavy industrial development? He will need to explain somehow that this "economic development" and a short-term profits were more important than their health, safety and a livable future.

Hence, the mission of this page: Clearly, Senator Bryan Townsend's actions are NOT in the best interests of future generations, and we will hold him (and his Democrat party colleagues) responsible at the local, regional and State level.
Posted by Frank Warnock at 10:02 AM